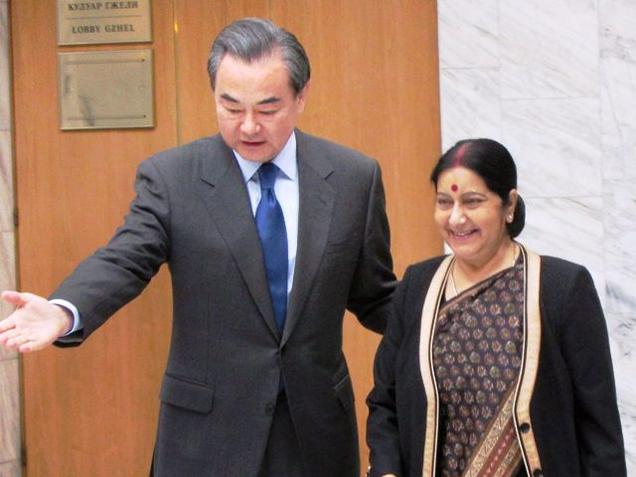 Pending a final boundary settlement, clarification of the Line of Actual Control is on the agenda of Mr. Doval’s talks on Wednesday.

China has said that it is in close contact with India to resolve differences over the imposition of sanctions on JeM chief, Masood Azhar, ahead of National Security Adviser, Ajit Doval’s arrival in Beijing for talks that will cover a string of issues including the boundary question.

In response to a question, on India’s objections to China’s last minute move not to list Masood Azhar on the UN terror list, Chinese foreign ministry spokesperson Hua Chunying said that her colleagues at China’s Permanent Mission to the UN “are having close contact with all parties, including India.” She added: “We will continue our close communication with all relevant parties including India and properly resolve the relevant issue.”

In Moscow, foreign ministry spokesman Vikas Swarup said, following External Affairs Minister Sushma Swaraj’s meeting with her Chinese counterpart Wang Yi that the, “External Affairs Minister emphasised that as common victims of terrorism, China and India should cooperate in combating the challenge of terrorism. Both sides agreed to stay in touch in this matter (on the issue of Masood Azhar).”

Highly placed sources said that while India and China are expected to take up the issue of “terrorism” during Mr. Doval’s talks with his counterpart State Councilor Yang Jiechi, the Masood Azhar issue, specifically, is unlikely to be the focal point of talks.

The 19th round of Special Representatives talks on the boundary question, which the two officials head, is being held in the backdrop of a sharp decline in border incidents, following Prime Minister Narendra Modi’s visit to China in May 2015.

However, the sources cautioned that only incremental progress can be expected on the resolution of the boundary issue. Ms. Hua, in her briefing also pointed out that the two sides at present “are at a crucial stage of negotiating a framework for the resolution of the boundary question.” Advocating persistence, the spokesperson said that “China has thoroughly settled boundary issues through bilateral negotiations with 12 out of its 14 land neighbors and drawn up approximately 20,000km border line, accounting for some 90 percent of its total land boundary”. She added: “These records and practices show that it is effective to peacefully solve territorial disputes through negotiation and consultation, which is also advocated by international law including the UN Charter.”

Pending a final boundary settlement, clarification of the Line of Actual Control (LAC) is on the agenda of Mr. Doval’s talks on Wednesday afternoon. The sources said that in order to reinforce border stability, the Indian side has proposed that the two sides share information on the actual ground position of troops along the LAC in order to prevent inadvertent transgressions. However, the Chinese side has so far not responded positively to the proposal, though it insists on greater elaboration of Confidence Building Measures (CBMs) in order to keep the 3488 kilometres Sino-Indian frontier calm.

In tune with the UPA-2 government’s decision to expand the framework of Special Representatives talks to include all issues of a strategic nature, Mr. Doval is likely to raise India’s concerns regarding the India-China trade. India is specifically interested in China providing greater market access to items where New Delhi has a comparative advantage such as pharmaceuticals and Information Technology (IT) products.

Mr.Doval is expected to air India’s security concerns regarding the improvement of infrastructure in Pakistan Occupied Kashmir (POK), which is expected fallout of the development of the China Pakistan Economic Corridor (CPEC). India is also concerned about China’s involvement in developing Pakistan’s Gwadar port, which is close to the energy sea lanes passing through the Strait of Hormuz.

Besides, India is interested in a more detailed conversation with the Chinese on the quad dialogue on Afghanistan, which excludes India and Russia, but includes China, Pakistan, the United States and Afghanistan.