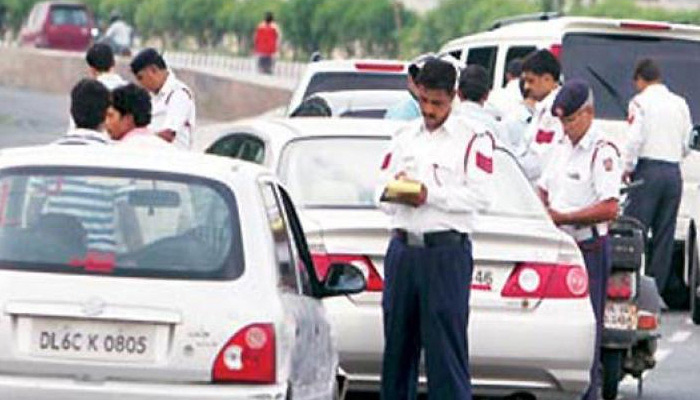 New Delhi: Three traffic cops were arrested for physically assaulting a man after he refused to pay the bribe to them at a traffic police station in north Delhi’s Sabzi Mandi area.

The accused has also alleged that the cops tried to sexually assault him in the custody.

The arrested personnel have been identified as assistant sub-inspector Balwant and constables Raju Kumar and Bharat.

At least three other accused personnel involved in the case are absconding, a police official said.

A case under Sections 323 (causing hurt), 343 (wrongful confinement for three or more days), 365 (abduction with intent secret or wrongful confinement) and 377/511 (attempt to commit unnatural sex) of IPC has been registered in connection with the matter, the official said today.

“While the constables were sent to 14 days judicial custody by a court, the ASI was granted bail,” DCP (North) Madhur Verma said.

According to police, a group of traffic officials stopped the complainant, a delivery van driver, for entering into a no-entry zone in north Delhi’s Pulbangash area on April 16 evening, following which they entered into a heated argument.

The complainant claimed that the traffic personnel demanded bribe of Rs 1,000 but he called up his employer who instructed him to pay the penalty amount instead.

An argument broke out after the man started recording a mobile video protesting against the officials being lenient to other motorists for the same offence.

A scuffle ensued and the complainant allegedly broke their challan machine. The infuriated policemen then overpowered the man and took him to the traffic police station adjacent to the Sabzi Mandi Police Station.

There they allegedly took off his clothes and thrashed him for hours. The incident came to light yesterday when the complainant’s family members finally tracked him and found him lying at the traffic police station in a half-naked state.