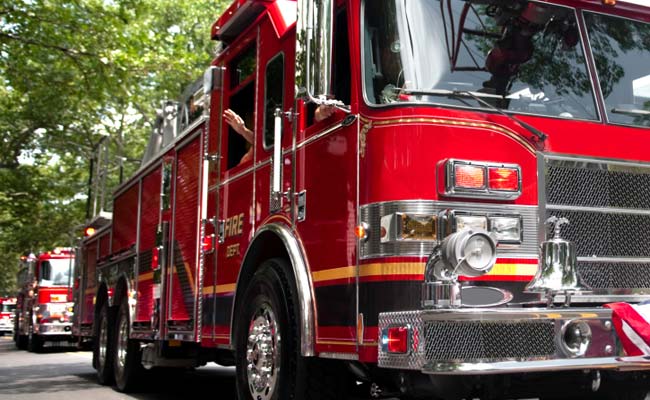 Fire At Metro Depot In Faridabad, No Casualty Reported

Faridabad:  A fire broke out at Delhi Metro’s upcoming Ajronda depot near Faridabad’s Sector 20-A today. No casualty was reported in the incident, fire officials said. DMRC said there are no reports of major damage. The incident was reported around 2:30 PM, following which four fire tenders were rushed to the spot.

Thick smoke billowed out of the depot that is situated close to the Neelam Chowk metro station. Firefighters took around two hours to douse the flames.

“The fire broke out in an area where several containers with plastic materials stored inside them were kept. A cooling operation was also launched,” a fire official said.