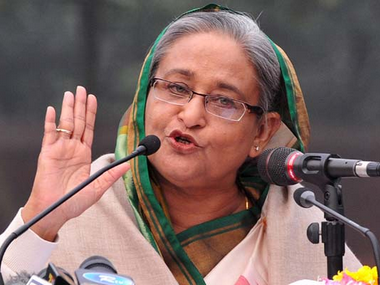 Washington: The United States provided assistance to Bangladesh in its investigation that unearthed the plot to abduct and kill Prime Minister Sheikh Hasina’s son in the US, a senior American official has said, a day after the police claimed to have uncovered the conspiracy.

“The United States Department of Justice responded to the Government of Bangladesh’s request for legal assistance related to this case,” the official told PTI.

The remark was made in response to a query about reports that the Justice Department and the FBI provided evidence of links of opposition BNP mouthpiece Amar Desh editor Mahmudur Rahman to the plot to kill Hasina’s son Sajib Wajed Joy, 44.

The official, however, refused to give further details of the nature of the assistance provided to Bangladesh.

“As a general matter, when the US government shares law enforcement information as part of a request for legal assistance, we do not comment on it,” the official said.

“For questions about the Government of Bangladesh’s investigation, I’d refer you to the Bangladeshi authorities,” the official said.

Bangladesh police on Tuesday claimed to have found evidence about links of two detained pro-opposition senior journalists to abduction and murder plot of Hasina’s son in the US.

Journalist Shafik Rehman, 81, an editor and an adviser to ex-premier Khaleda Zia, has been detained over the plot and is being quizzed by the police.

For 62-year-old Mahmudur, in jail since 2013 under several other charges, legal procedure is underway to secure a court order for his remand for interrogation, police has said.

According to media reports, middleman Johannes Thaler and the FBI agent were convicted by the US court after Caesar admitted that he intended to ‘scare,’ ‘kidnap’ and ‘hurt’ Joy.

There are also allegations that some top leaders of the BNP and its allies met in the UK, the US and in the capital’s Paltan and other parts of the country before September 2012 and conspired to abduct and kill Joy.