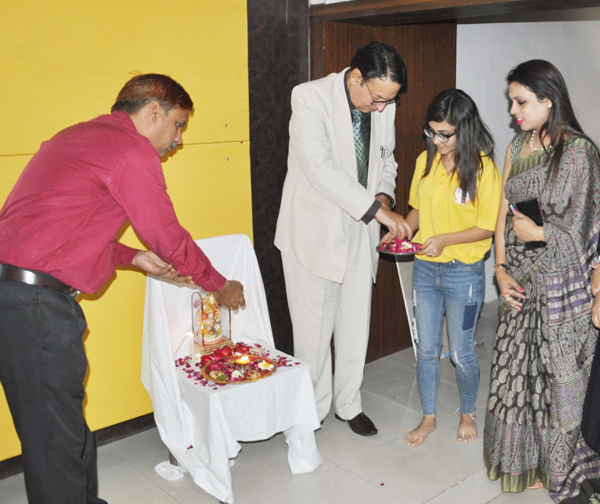 Manoj Bhardwaj
Faridabad(Standard News on line news portal)… The Department of Humanities and Sciences, YMCA University of Science and Technology, Faridabad organised a workshop on ‘Documentary and Short Film making through Mobile Phone’ which was attended by 120 students from different colleges and institutions from Faridabad and NCR. The workshop was inaugurated by Mr. Mukesh Gambhir, Director, Community Radio Station, NGF College of Engineering and Technology, Palwal and presided over by Dr. Raj Kumar, Dean and hairperson, HAS Department. The workshop was coordinated by Dr. Taruna Narula and Ms. Amandeep Kaur, faculty of Journalism and Mass Communication. The aim of the seminar was to introduce the budding filmmakers to the technicalities of documentary film-production using mobile phone. In his address, Mr. Gambhir motivated the students and said that workshops of such kind are the apt platform for students to increase their practical knowledge. The technical sessions were conducted by Mr. Gagan Gera, Assistant Professor, Indraprastha College for Women, Delhi and Mr. Abhishek Srivastava, Media Professional who were invited as expert speakers in the Workshop. They introduced students to the fundamentals of videography and audio-recording besides other techniques of film-making. Mr. Gera who has produced and directed many short films and won awards at National and International Film Festivals, explained the basics of film making through mobile and imparted information on script writing, lighting techniques, taking shots and composition of film. In his lecture, Mr. Abhishek Srivastava spoke about concept and importance of storyboard. He explained the students about how they can use various apps for making and editing of film on mobile phone. In the end, participants were awarded with certificates of participation.